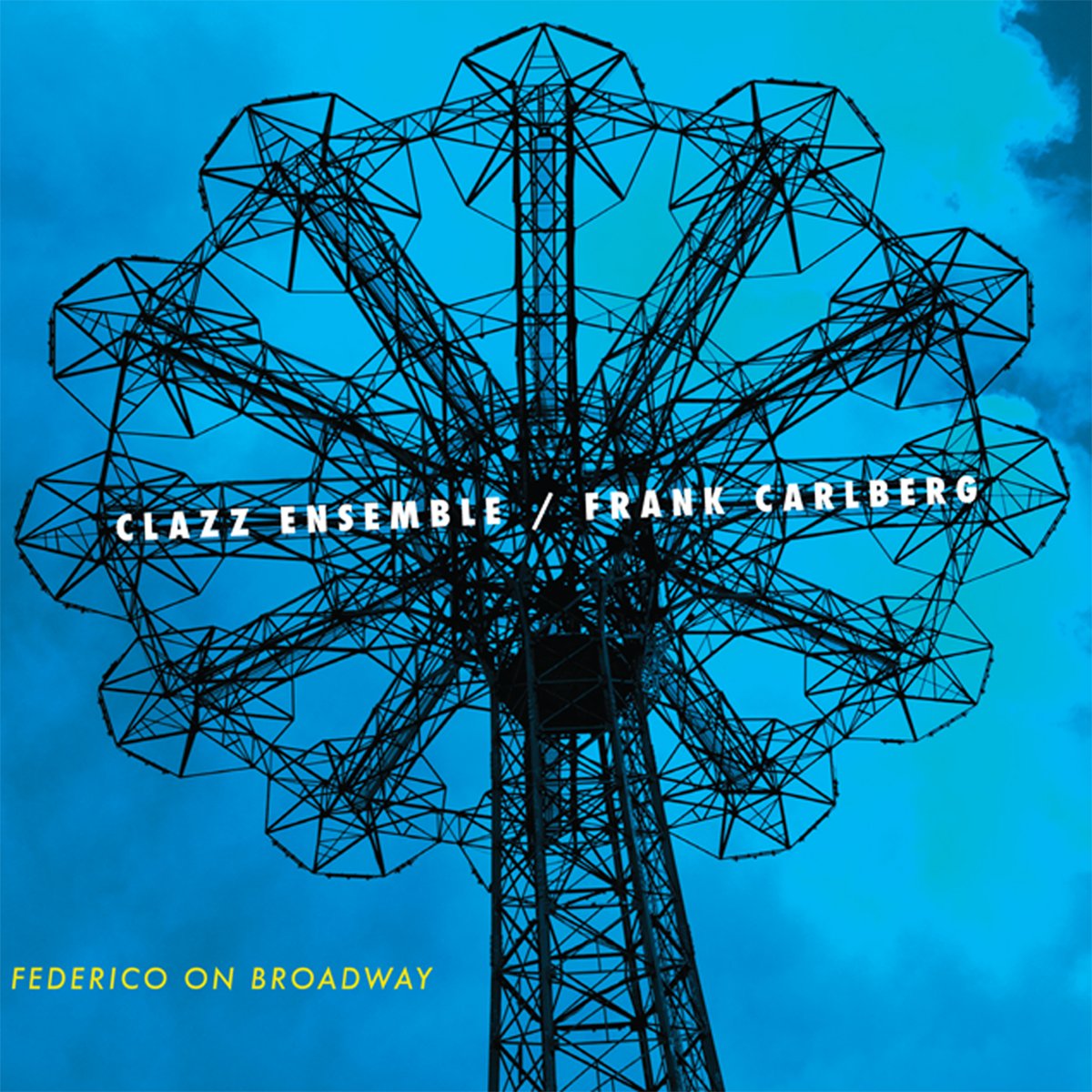 A valid addition to the Dutch Jazz landscape. Downbeat (USA)

Taste, aplomb, and virtuosity. All About Jazz (USA)

Meeting of the authentic and creative music of New York based composer/pianist Frank Carlberg and one of the most sensational small bigbands of Europe, the Clazz Ensemble

Liner notes Frank Carlberg
The Amsterdam based Clazz Ensemble is quite a revelation! Superb musicianship, excellent ensemble playing and fresh programming. The Clazz Ensemble has developed attitudes and directions all its own.

Already in my youth I was fascinated by carnivals, amusement p arks, parades, magic shows and the worl d ofthe   circ us. Later on, this fascination continued through my experiences with cinema in films by Federico Fellini,Carol Reed, Rainer Werner Fassbinder, Billy Wilder, Alfred Hitchcock, etc. The pieces on this CD include some music inspired by these experiences…a continuation of earlier works.

Federico on Broadway attempts to fuse my cinematic interests with the world of musical theater… not so muchBroadway as Off-Off-(Off) Broadway. At one point you can even sense the simultaneous presence of both these worlds in a stratified moment of “controlled cacophony.”

March is just that… a march… although maybe one with a slightly off-beat step to it… bringing along t hecrowds in Billy Wilderʼs “Ace in A Hole”. After much dialogue between sections we finally reach an end…exhausted.

Green Room; a place for preparation and anticipation of a performance… A bit of calm before the storm.

Rat Race is supposed to move as fast as possible. The woodwinds careen away while the brass desperately tryto  catch up… until… there is a moment of tranquility… before the frenetic pace returns… the RAT RACE!

The Chase mo ves with an undulating irregular rhythm. The undercurrent has a nervous unsettled energy whilema intaining a level of calm on the surface… Perhaps Joseph Cotton in pursuit of Orson Welles in the Vienneseunderground…

Tricks with its playful gestures, full of stop-and-start figures gradually finds a more uninterrupted momentum.Jugglers, acrobats and aerialists give the impetus to the balancing acts… performed here by the band.

Johnny Carlson’s Big Band is a rambunctious celebration of spectacles and events with its cantankerous
rhythmic gait. It is dedicated to my good friend, the great trumpeter John Carlson who can be rambunctious
indeed when the situation calls for it.

Thank you to Svenska Kulturfonden (Helsinki, Finland) for their support of this project. Thanks also to N icho las,Michael, Priya, Peter and Jurre for their contributions. Big thanks to all the Clazz Ensemble members formaking this music come alive. The biggest thanks to Gerard and Dick for their friendship, good spirits and for the invitation to work with the Clazz Ensemble.
– Frank Carlberg